"Water" you going to do? 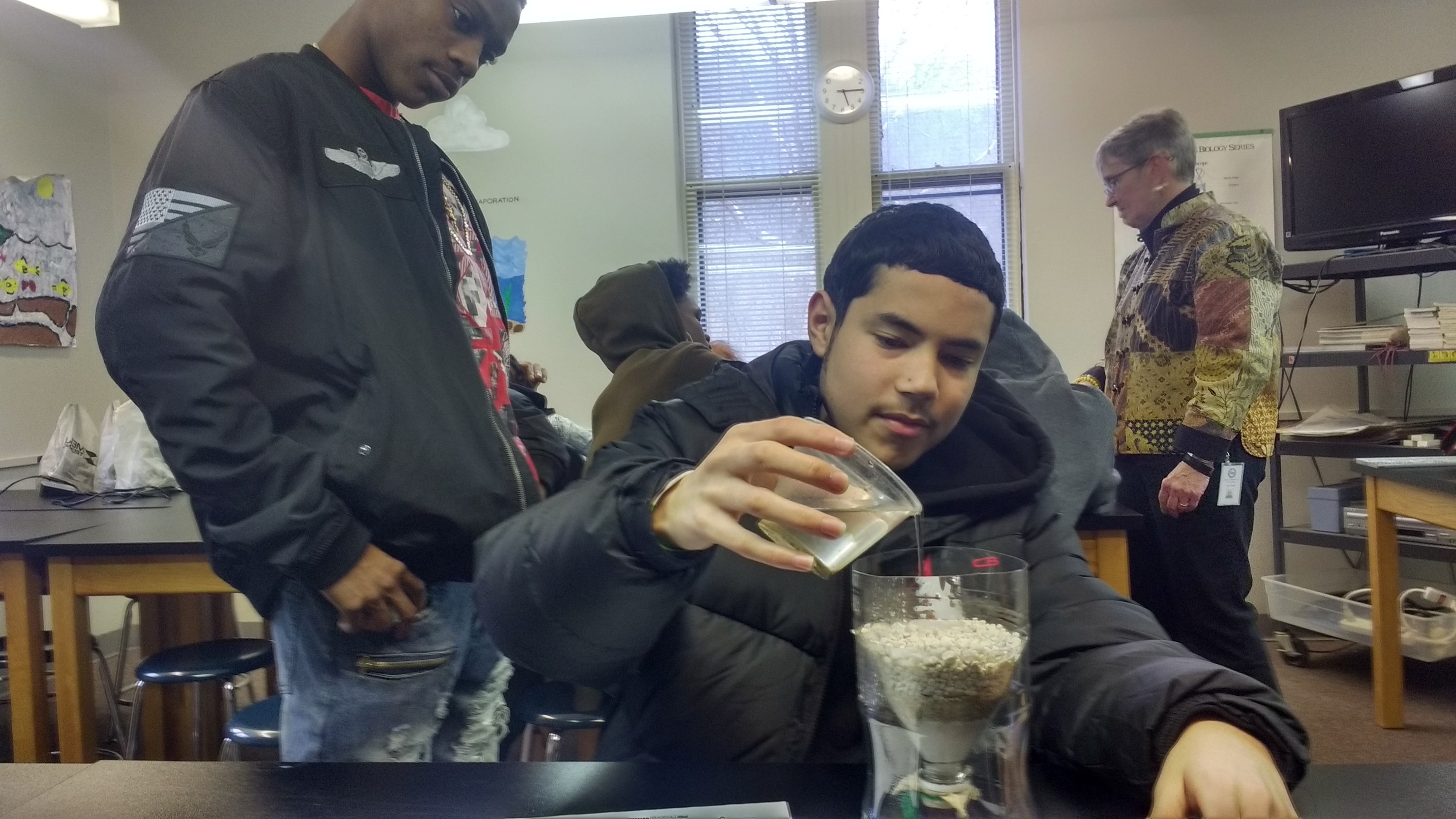 Early this Spring, our 12 Green Jobs Interns watched a video discussing the Flint water crisis. Inspired by that video and after conducting a soil testing lab, they interns designed a project to test water sources in and around their neighborhood (including tap water, Wintergreen Brook, and West Rock runoff). The store-bought test found that the tap water came up with a positive result for lead. Concerned about their findings, Interns dedicated their season’s Community Service Action Project towards getting more answers, to see if indeed the water may be lead-tainted.  They decided to contact the proper authorities for follow up testing and consultation. But before making the calls, they practiced what to say while making a professional phone call. Eventually they set up an appointment with the South Central Connecticut Regional Water Authority. Tom Barger visited the program, and had a conversation about how water is delivered to the taps and what problems may arise, and observed while official lab samples were taken. The next day they drafted a follow up email thanking the RWA reps for their time and attention. A few weeks later, Tom Barger emailed the results of the tests. The results showed that the water was safe!

Water testing was one of 9 Community Service Action Projects (C-SAPS) completed by the Green Jobs Interns this Spring. Each week, the group explored and acted on environmental or community issues such as soils, water, and climate. Interns explored the science, ecology, and problems communities face through lessons and workshops both in Westville Manor and offsite. After learning and engaging with new material, Interns planned a weekly project related to the week’s issue. Other C-SAPS and Public Education Projects completed this season included:

Through these projects, explorations, workshops, field trips, and lessons the Green Jobs Interns showed incredible leadership and learned lifelong skills. One example of this was the teams’ work in Nonviolent Communication (one of Solar Youth’s 5 program elements) with longtime partners and FOSY, Joe Brummer and Joanne Wilcox. Joe Brummer gave the interns an overview Nonviolent Communication (NVC) and how to use it. JoAnne Wilcox worked with the group for four sessions. Over the four sessions, she got to know them, their community, and their conflicts. With JoAnne and NVC, Interns were able to open up and learn skills to overcome obstacles. These conversations made it possible for the group to become a cohesive team. Conversations were lively and working outside together was playful and exciting. Green Jobs Interns shared that their biggest take away of the season were lessons in the importance of teamwork, making new connections and lasting friendships.